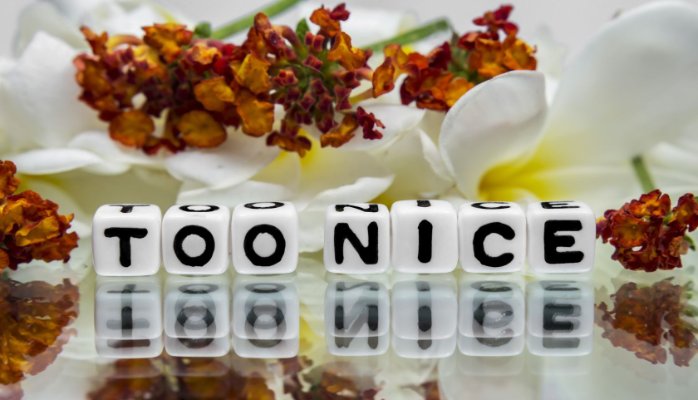 Lessons From The Doorman’s Sacking

Ralph Body was going about his usual business last Sunday when he got the news that he didn’t see coming. He was no longer required, asked to finish up his shift and not come back. While this may not sound unusual the reason Ralph was terminated was because “he was too nice”.

Being employed as a door man in a top end New York apartment one would have thought that being nice was part of the role. Ralph was not only good at his job, he performed above and beyond by doing tasks for tenants such as; checking on pets, cleaning litter boxes, watering plants, holding packages and even showing top end apartments to potential new tenants.

The problem with Ralph’s niceness wasn’t with his customers (the tenants) it was with his employer who said they need someone more professional. Now before we start getting all bent out of shape as to how his employer could get it so wrong, let’s have a look as to how, just maybe, they may have possibly got it right.

There are some potential traps for us all where being too nice just doesn’t cut it and can get us into trouble, let’s look at these from a leadership perspective;

Too Caring – problems can come when we are too caring for our staff. Firstly it can be perceived as favoritism within the team. Secondly being overly protective and promoting (they can do no wrong) of the group can smack of immaturity and lacking in leadership presence. It can also have impacts when providing frank and honest feedback. When we are sympathetic and overly aligning it tends to create difficulty with tough conversations especially with those we know and like.

Ingratiating – telling other’s what they want to hear with the goal to avoid conflict can be a real problem. Remember by avoiding an issue doesn’t make it go away it only delays and amplifies its impact. Speaking your mind all the time can create the same friction as not speaking it at all.

Conforming – problems can occur when we are too easy to get along with, there’s no push back, no honest discussion and while we all like a “yes” person research has shown that lack of transparency has a negative impact on relationships and business results. Following orders while maintaining silence only serves to limit and undermine our leadership and team results.

Passive Aggressive – not being able to get problems out in the open can limit our reputation as a leader. Now I’m not suggesting telling everyone exactly what you think every minute, or going on a mindless rant every time someone ticks you off, but keeping things bottled up doesn’t work either. Well it would work if it was bottled up but we tend to undermine relationships by speaking to others rather than the people directly involved. Also withdrawing our support without discussion or taking the problem underground where no solution exists also has negative impacts

Indecisive – problems can occur when we are too dependent on the agreement of others before moving forward. While alignment, socialization and agreement is important not being able to make a decision till everyone agrees can be like requiring a unanimous vote before anything can be done. Great for harmony but bad for decision making and effectiveness.

While there’s no doubt the world could do with a few more Ralph’s in it I’m wondering if he’d been more balanced in his love for the tenants would his employer have made the same decision?

An update on Ralph’s plight, tenants are currently petitioning for his return even though they have been told it’s too late and he’s already be relocated to another building.