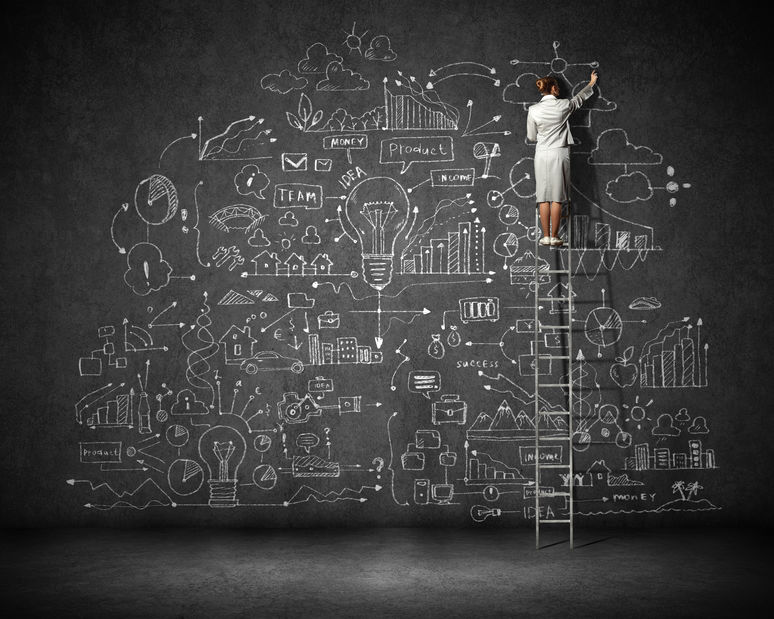 
You can listen by clicking here

Cassandra (not her real name) is a highly successful Senior Manager in a leading Funds Management Group. She’s been working in the industry for over 20 years and most of the time enjoys it. There was a time where she really loved it but recently, she’s found it hard to get excited. You see Cassandra’s real skill is coming up with break through ideas regarding product and service innovation. She loves an innovative and creative environment and she’s the innovator of the business.

Because of her success Cassandra is recognised across the business and in her industry. Everyone knows her and appreciates how she goes about her work. This makes her feel confident, certain in what she’s doing, and she feels she’s found her place in the business world.

Eighteen months ago, Cassandra launched a service strategy which changed the way her company did business. She received public accolades, an offshore promotion and the opportunity to lead a multi-market business within her company.

Shortly after she started in the role something changed. The ideas that she had and the changes that she could see the business easily make, weren’t being accepted as she expected, with many of them being out right rejected. It wasn’t like she could negotiate the decisions they were coming back where just “no”.

At first Cassandra thought it would just take time for others to adjust to her style, how she saw things and got her ideas across but after a while she started to feel as though she had lost an important group of people. They weren’t getting her or her ideas. This started to create doubt in her mind, she was second guessing herself and things that wouldn’t normally worry her started to really cause concern. Those around her didn’t notice but she was losing her confidence and feeling like she’s made a mistake in accepting the new role.

She reasoned this was just “growing pains” being new in the role and others getting used to her, so she tried to slow down, sought out her mentor for advice and was more patient.

As time moved on, Cassandra became less confident and was reluctant to share her ideas and that made her feel more inadequate. It was her job to bring innovation to another region of the business. She had a nagging feeling that the opportunity of a life time could have been the exact opposite, instead of her becoming a more influential leader in the company she was feeling totally out of her depth and having less impact than she’d had in previous roles.

Cassandra’s problem wasn’t that she wasn’t smart, successful or couldn’t see what to do. Her problem was in the way in which she was connecting with others and explaining her ideas. She’d been so excited by her success and the new opportunity that she went into overdrive and failed to take others with her, especially given that her new team and stakeholders thought about problems differently than in her old role.

Working with Cassandra we quickly identified the trouble that she fell into before she started the new role. Most importantly, we were able to show Cassandra how to reshape the way she’d gone about her current role, how she’s formed her relationships and how she explained the potential opportunities that she saw.

There are four areas we worked with Cassandra on;

It took time for Cassandra to win the hearts and minds of those in her new team but today she is far more confident, and she’s started making the changes that make a difference and get her excited. It is slower than what she would like but she’s mindful that she’s doing it for others not just for herself.

What’s your experience creating change and innovation within your organisation?